With new development having enlarged Hoo in more recent years, it’s good to see that some old village characteristics can be maintained and incorporated into the newer parts of the community, such as the pond on Hemony Grove. 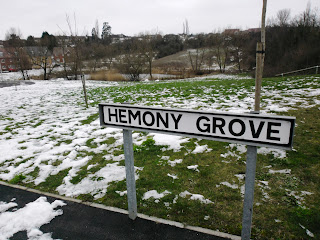 This old pond, with its rustic surroundings, was originally a clay pit. It can be seen on maps as far back as 1870, and is now a really pleasant feature of The Pastures development along Stoke Road. 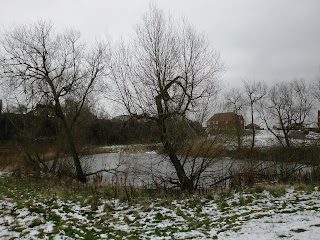 I found some old maps on a really good website called, funnily enough, Old Maps. It has maps of the area, which are free to view online.

Looking at some of these maps, I could see that the eastern side of Hoo (mainly along Stoke Road) once had clay, gravel and cement pits, a kiln, smithy and a brickworks too. The area around the pond, or ‘pit’ as it is still more commonly known, was surrounded by orchards, as it remained until the new development was started a few years ago. A few residents have told me about the fun had as kids ‘scrumping’ in those orchards!

The ‘pit’ may have lost its industrial use nowadays, but it gives a pleasant glimpse of life as it used to be and is a little gem for wildlife - and long may it remain.

Another little bit of education for me personally, I also discovered that Stoke Road was originally called the High Street, being re-named in about 1959.

Do you know about any other local features on the Hoo Peninsula? Get in touch via the contact page.