The foreshore at the Isle of Grain is a great place to explore, regardless of what the weather is like! A few days ago I went to Grain for a walk, and decided to take a look at the WW2 anti-tank obstacles north-west of the main beach.

Given its location along the Thames Estuary, the Isle of Grain has a long history as a strategic defensive position.

The concrete anti-tank obstacles (pictured below) were constructed c1940 to protect the area's coastal defences, in anticipation of German invasion. 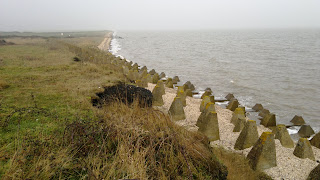 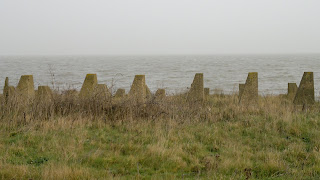 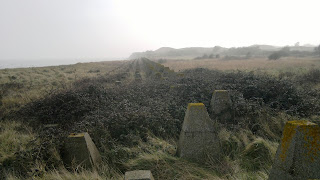 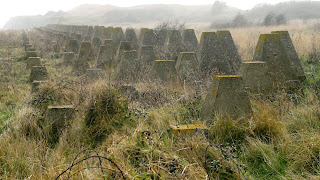 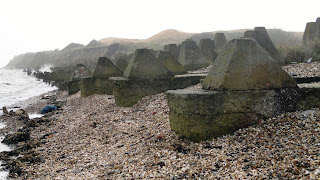 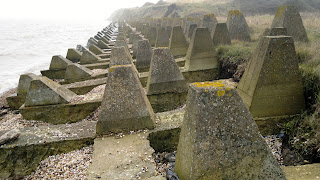 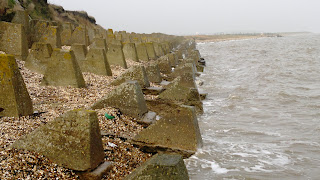 Three types of obstacle were used to form the defensive line: cubes, pimples (a flat-topped pyramid often referred to as 'dragon's teeth') and caltrops.

Caltrops are a rare type of asymmetric concrete obstacle which can be seen piled against the seawall at the southern end of the foreshore (pictured below). Although there are many anti-tank obstacles across the country, those on the Isle of Grain are of special interest - visually striking because of the different and unusual forms of obstacle which together, at nearly 600m in length, form an impressive defence. 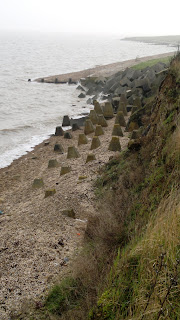 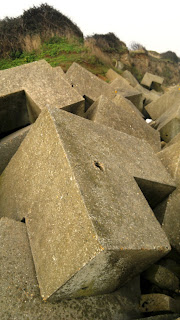 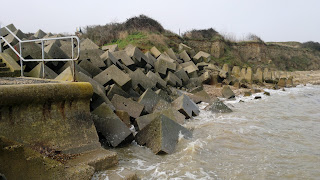 Because of their special interest, these defences were given Grade II listed status in 2009.

Anyone wishing to explore the Isle of Grain foreshore should look at Medway Council’s Tranquil Treks booklet (Walk 1 - Grain). Click here to view this guide.