A special welcome and every success to Lee Atkinson, the new licensee of the Red Dog pub in High Halstow. 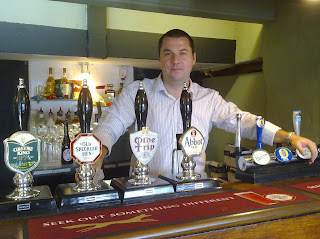 The pub re-opened its doors to the public this week, following a period of refurbishment. Lee is hoping to make the pub a place to be proud of and is serving-up a variety of quality real ales and good food. Having been fully transformed, the pub's interior offers a warm, friendly and inviting atmosphere. 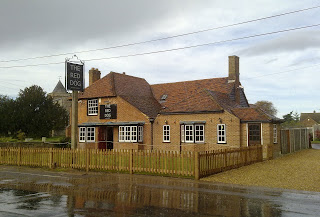 Best wishes to Lee and his team!
Posted by Tony Watson on Saturday, October 30, 2010

Bat and Trap on the Hoo Peninsula - the real beautiful game of Kent!

I used to play in a Bat and Trap team that won a league championship in East Kent, so it was good to hear about the thriving Peninsula Bat and Trap League, of which the 2010 season ended on Wednesday 3 October. The Finals Night was held at the Evening Star pub in Cliffe.

The following pubs were awarded with cups and trophies: 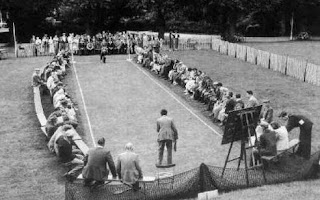 Bat and Trap is an old Kent game, dating as far back as the 1700s - according to Ye Olde Beverlie pub in Canterbury! The Canterbury & District Bat and Trap League was the first to be set-up, in the 1920s. If you want to know more, their website provides detailed information about the history of the game in Kent.

Click the video below to see how Bat and Trap was played in the 'good old days' - not that much has changed, although it isn't necessary to wear a suit anymore!

I was recently contacted by Chris Fenner, who runs a family history website. The site includes information about numerous family members that lived on the Hoo Peninsula. Click here to visit the website.
Posted by Tony Watson on Thursday, October 28, 2010

The Isle of Grain Youth Soccer School started in September 2010, for children aged 4 to 15. Meeting on the St. James' C of E Primary School football field, behind the Church on the High Street, kick-off is at 9.30am every Saturday morning. Cost per child is £2.50.

For membership details and other information, contact Paul on 07818 558036. The Isle of Grain Youth Soccer School recently obtained sponsorship from E.ON. 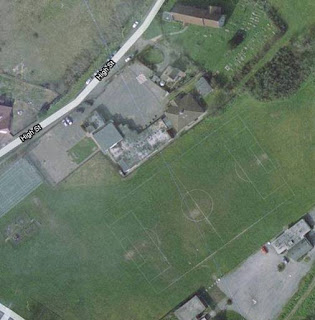 On Sunday 31 October, from 2pm until 5pm, there will be an Autumn Fair at Memorial Hall, The Street, High Halstow. 20p entry fee for adults with free raffle. All proceeds go to CPC Kent, registered charity number: 1041434. 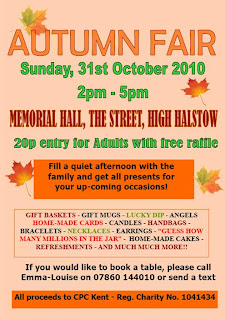 Making the most of the sunny weather, I headed to St. Mary Hoo this morning and joined public footpath RS22, before linking-up with the ‘curlews, convicts and contraband’ walking route. There were great views of the estuary as I walked across St. Mary’s Marshes and Halstow Marshes to St. Mary’s Bay and Egypt Bay. A favoured landing spot for smugglers, Egypt Bay was also home to Napoleonic prison ships.

From St. Mary Hoo (The Street), I walked towards Ross Farm and followed the road past The Old Rectory, where walking markers are placed. I followed these markers down through a number of fields before reaching St. Mary’s Bay. 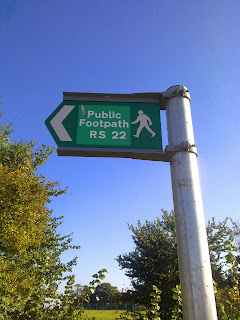 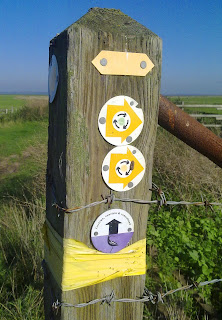 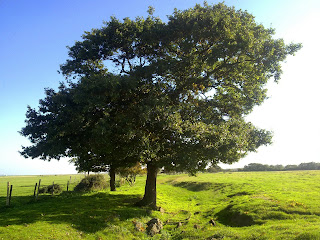 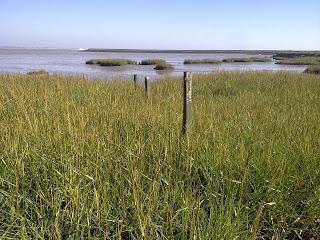 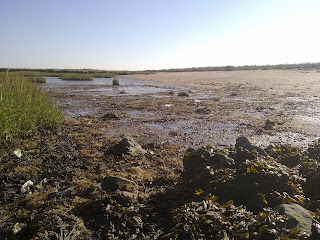 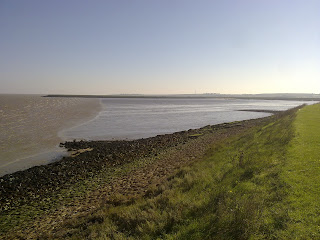 The route between St. Mary’s Bay and Egypt Bay is clear, offering numerous opportunities to enjoy the views.

Although both St. Mary’s Bay and Egypt Bay are similar looking, Egypt Bay has had concrete sea defences added. 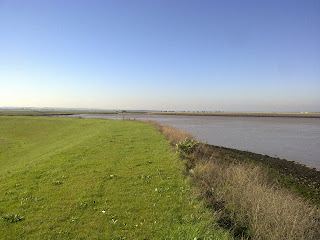 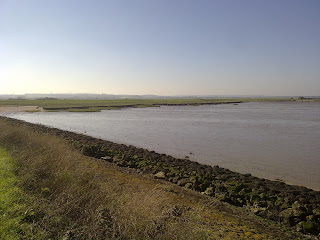 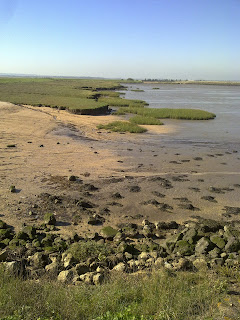 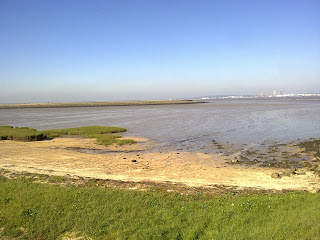 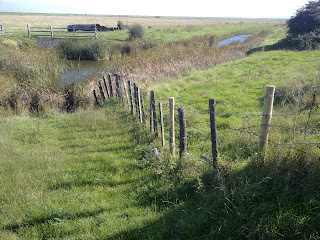 There will be a Farmers' Market at the Village Hall in Lower Stoke (Mallard Way, Lower Stoke) between 10am and 2pm on Saturday 9 October (tomorrow). Pop along for local produce, pet food, jewellery, cards and much much more!
Posted by Tony Watson on Friday, October 08, 2010

Taken from the September 2010 edition of the High Halstow Times (the date on the advertisement should read Saturday 9 October) - please click the image to enlarge: 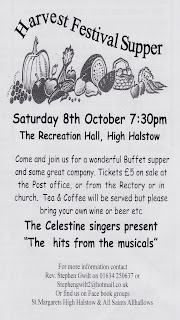