And now for something completely unpleasant!

I usually prefer to spend time looking at the interesting, occasionally light hearted and generally positive elements to living on the peninsula. Today though, there is no escaping a rather ‘odd’ situation. To say the least!

Now, I’ve excluded many of the worst photos that were taken, but I would still advise anyone with a sensitive disposition to skip over the pictures.

During a recent litter picking session in Hoo, volunteers noticed that someone had been dumping carrier bag loads of faeces in the centre of the village.

The area affected is off Stoke Road behind the Village Square car park, and it would appear to have been going on for at least a couple of months. 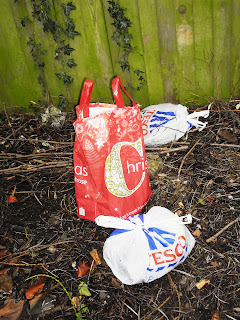 So far around nine bags have been dumped, mostly left in the bushes near the public toilets. But last week two of the bags were thrown onto the roof of the toilets!

On each occasion, I’m sorry to say, the bags were bulging. Revolting I know. And it gets even weirder! 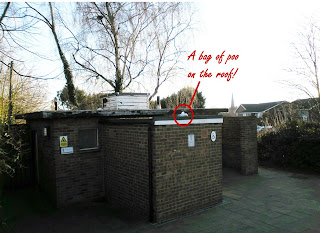 At the end of last month, bags of faeces were left alongside a bag containing four dead Teal - a small member of the duck family.

Rolf Williams from the RSPB was called out to give his opinion as to why the birds might have been dumped and to see if he could tell how they died.

Rolf was bewildered about why they were dumped, although he quickly noticed that the birds had been shot from beneath, as if killed in flight. He told me that the species aren’t protected from wildfowling, so there isn’t actually a conservation concern. 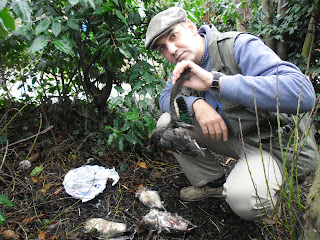 However, the way in which the birds (and waste) were dumped is a big concern. So local residents are being asked to be extra vigilant when in this part of the village - reporting anything unusual, and supplying information about who might be doing this (confidentially of course) to Medway Council or the Police.

If you want to get in touch with Medway Council, phone Johnny Robinson (Community Officer for Peninsula Ward) on 01634 333333, or call the Police on 101.

This story is mentioned in today’s edition of the Medway Messenger (Monday edition), following a visit last week to Hoo by reporter Dan Bloom. 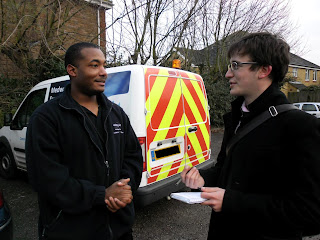 Johnny Robinson talking to Dan Bloom from the Medway Messenger.
As Nick Ross used to say on BBC Crimewatch - “don’t have nightmares” and report anything suspicious!