Bat and Trap – full results of the Peninsula League 2010

My father recently found his old bat and ball (pictured below) which I remember using when playing Bat and Trap at his pub near Canterbury. With this bat we triumphed in a local league championship in the early 1990s – a victory which to us beat any Ashes glory! 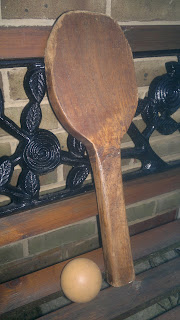 Digging out these items from my Dad’s house reminded me about the Peninsula Bat and Trap League, which I mentioned on this site last October, publishing details of the League Finals Night on 3 October 2010.

Before Christmas I received more information from Danny Gibson, who co-ordinates the Peninsula Bat and Trap League. He sent the End of Season Tables, which includes information about all local league teams – click on the images below to enlarge. 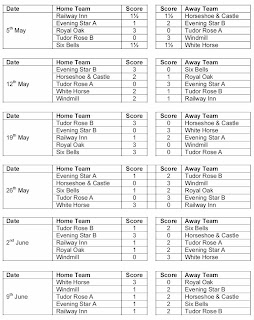 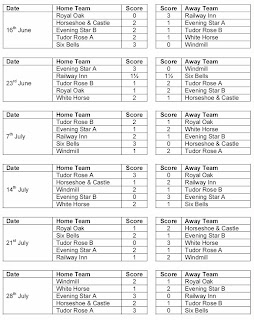 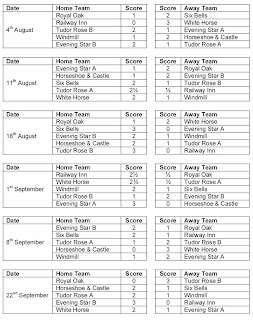 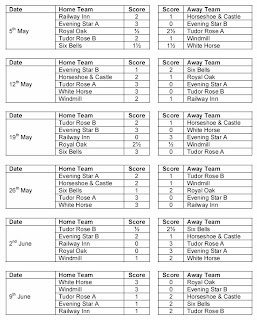 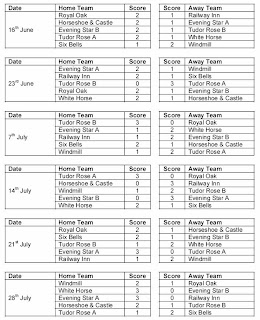 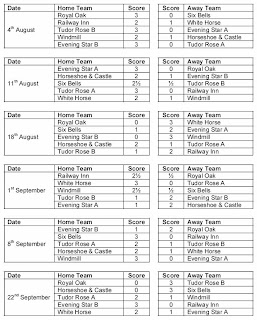 The 2011 season will start in April/May and finishes at the end of September. Games are usually held on a Wednesday evening, commencing at 8pm. Any pub wishing to submit a team should contact Danny Gibson on 01634 290079 or 07988 769604. Or Danny can be emailed here.

Email ThisBlogThis!Share to TwitterShare to FacebookShare to Pinterest
Labels: Bat and Trap, Event, Hoo Peninsula, Medway, Peninsula Bat and Trap League, Pub
Newer Post Older Post Home
© Copyright Tony Watson and Village Voices Publishing. All Rights Reserved. All images featured on this website may not be re-produced, or used elsewhere, without prior permission.