On Saturday morning (26 June - my birthday) I took part in a history walk around Stoke (Lower, Middle and Upper). The event was organised by Alan Marshall and, accompanying him, was Paul from the Wildlife Trust. At the start of the walk, I was given a leaflet, which was called ‘Marshes, Muddies & Hogarth’s Buddies’.

Starting in Lower Stoke, Alan went through the history of the village, which included the history of Stoke School, the Windmill, The Ship Inn, Forge House and The Nag’s Head pub – with particular reference to when William Hogarth stayed the night in May 1732 with four friends. The account of their stay suggests they had a reasonably good time. The Hogarth group went on to Grain and later boarded a boat to Sheerness.

From Lower Stoke the walk continued to Middle Stoke, where we went down Burrows Lane towards the site of Middle Stoke Halt. On crossing the railway line, we passed the airfield, which was buzzing with microlight activity. The small airfield is home to Medway Airsports Club, whose website contains good aerial photographs of the area. 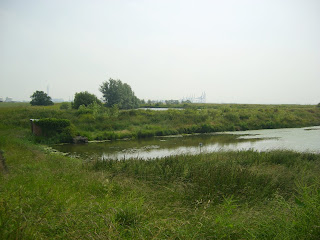 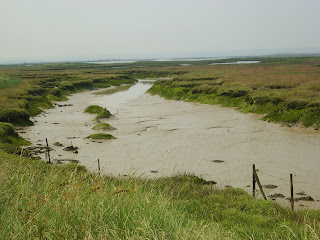 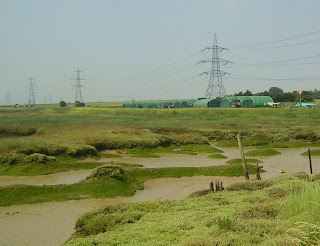 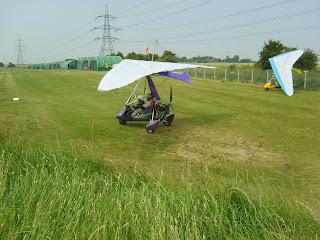 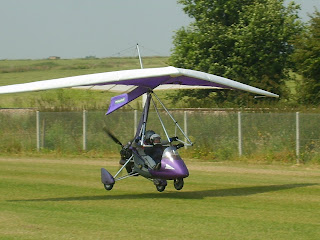 The views of Stoke Saltings were excellent and Alan talked about the history of the Muddies who, from the 1850’s to the 1920’s, tirelessly dug clay from the Saltings for cement production. This is a fascinating part of our local history, so I was especially keen to hear about this. 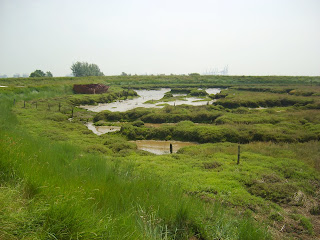 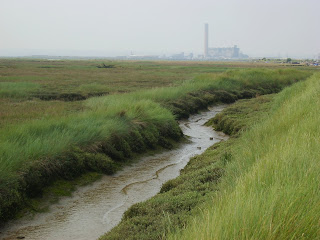 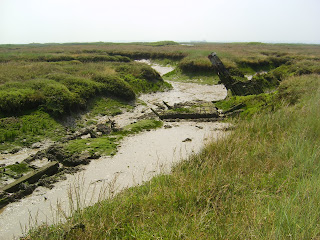 Paul, from the Wildlife Trust, talked about different types of wildlife in the area and, particularly interesting, was his reference to the ‘marsh frog’. This frog only exists in certain parts of the Hoo Peninsula, as well as in Dungeness. Whilst on the Saltings, Paul spoke about different edible plants and I then tasted a few! 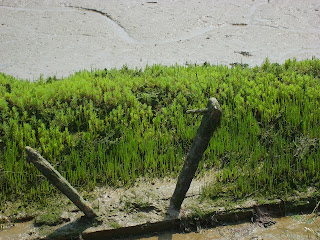 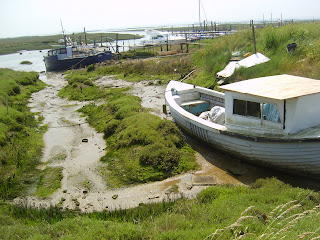 On leaving the Saltings, we passed through a boatyard and along Creek Lane into Upper Stoke. We headed for the Church of St. Peter & St. Paul, where we were met by Church Warden, Ian Bett.
Ian handed out literature about the Church and, along with Alan, recounted aspects of its history. Although I have visited the Church many times, I had never been inside, so this was a real pleasure and I wasn’t disappointed. Whilst having a look around the Church, I came across a commemorative plaque with a list of local men killed during World War 1. I noticed that two of these men were ancestors of mine – William Stephen Watson and Harry Stratford (both nephews of my Great-Grandfather Herbert Watson). 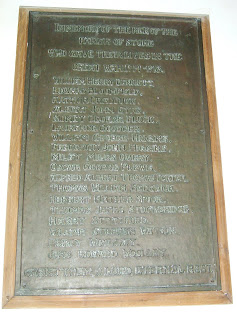 Ian then led us up the narrow steps to the top of the Church tower. The views from the top stretched across Stoke and the surrounding landscape and River Medway. On our return back down, we had a look at the three bells, all of which vary in age. 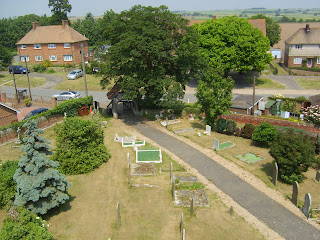 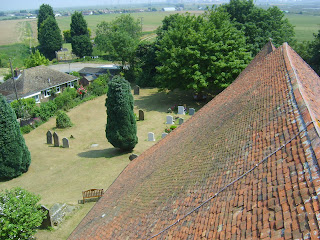 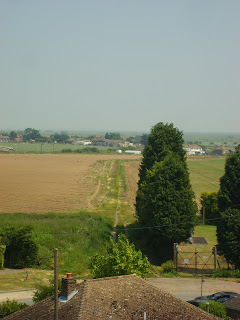 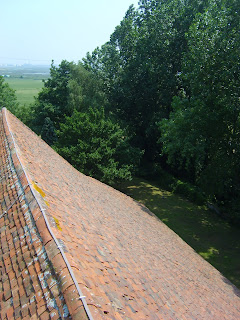 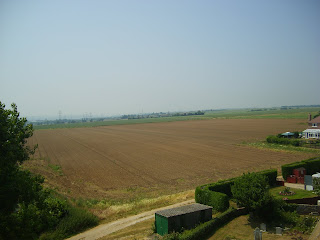 Following our visit to the Church, the walk continued through Upper Stoke until we stopped at Court Lodge Farm (once occupied by Ian Bett). The house sits on the side of the road (on The Street). We then walked further along to look at a darkly coloured farmyard barn, which is said to be more than 300 years old. 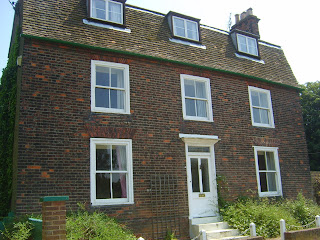 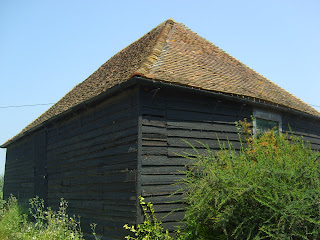 The entire walk was fascinating and it was 3 hours well spent. My special thanks must go to Alan Marshall, whose knowledge and enthusiasm gave me a fantastic morning. Thanks also to Paul, from the Wildlife Trust, and to Ian Bett (Church Warden) at the Church of St. Peter & St. Paul in Upper Stoke.