Who do you think you are?

My father came to stay for several days over the Christmas holiday and he was keen to take another look round the peninsula and the places where our ancestors lived and worked. And maybe do a little research too. 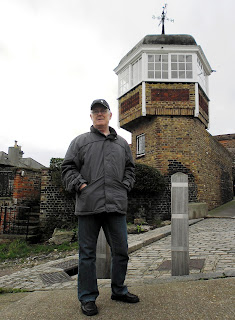 Having a quick look around Upnor High Street
With the BBC’s recent adaptation of Great Expectations, and its desolate scenes of the marshes, spurring our imaginations about how our ancestors might have lived, St. James’ Church in Cooling was the obvious place to start the tour. It’s always good to take in the views from the Church and imagine how different things would have looked in Dickens’ time, before the sea defences changed the landscape so much.

In Lower Stoke we took time to look at the building site that was, until a few years ago, the location of The Ship pub. The pub was run, from 1889 to 1901, by my great great grandfather Henry Spencer - one of my father’s favourite ancestors. I think it might have something to do with their shared experience in the victualling trade. 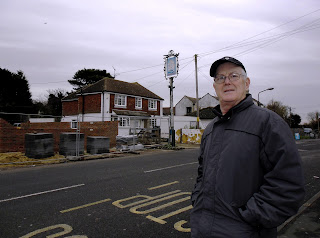 All the talk and memories of running pubs made my father keen to have his photo taken in front of one - so we opted for The Nags Head (opposite where The Ship once stood). The Nags Head is known for having played host to the famous painter and satirist William Hogarth, back in 1732. Hogarth stayed here, as part of a 5-day tour of Kent with four friends, before reaching the Isle of Grain (where he stayed another night) and then headed on to the Isle of Sheppey. 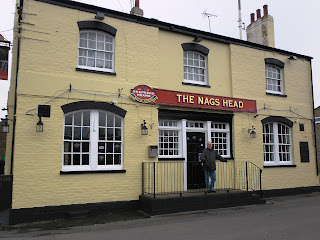 We then went up the road to Upper Stoke, to pay our respects at the grave of Henry Spencer (he of The Ship), which is in the graveyard of the Church of St. Peter and St. Paul. We also took a look at a gravestone which evokes thoughts about a time of great tragedy in our family’s history.

The ‘Watson children’ gravestone, nestled beneath the tree my father is pictured standing by, soberly lists the names of six children (all of whom would have been my father’s great uncles and aunts had they lived), who died in the space of a few short years between 1871 and 1882. The children were aged between 1 and 19, and there was also a baby just a few weeks old. 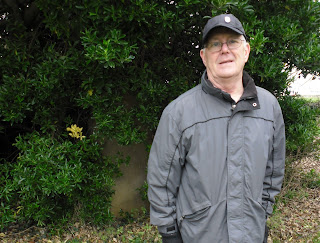 We then had a look inside the Church itself, where my father chatted to one of the church volunteers, who asked him his family name. Without prompting, he asked if we were related to an ‘old boy of Stoke’, who went by the nickname of ‘Stumpy’ Watson. My father almost passed out at the mention of ‘Stumpy’, as we have been researching him for a while with little success. We don’t know whether we are definitely connected, but have been trying to find out more about him. He was clearly a well known chap.

I then took a quick photo of my father outside The White Horse pub, also in Upper Stoke. His grandfather ran this pub very briefly from November 1904 to January 1907. The tale behind such a short tenure will have to keep for another time! 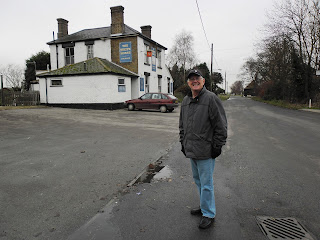 The last stop of the day, before heading back home for a cuppa in Hoo, was the Isle of Grain and the Coastal Park. I showed him some of the things improved by the work of volunteers over the past year or so. 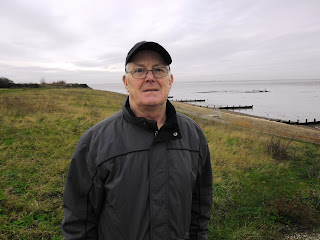 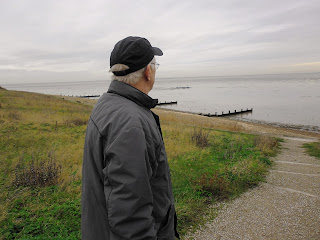 Another really useful day out on the peninsula!