A few photographs of the pub in good times and bad.

Firstly, Herbert Watson, my Great-Grandfather. Pictured standing on the steps of the original pub during the late 1940s or early 1950s, Herbert was in his late 70s when this photograph was taken. He died in 1955.

Secondly, another photograph of Herbert, this time with his daughter and her husband. Herbert's father-in-law, Henry Spencer (my Great-Great-Grandfather), ran The Ship Inn between 1889 and March 1901. 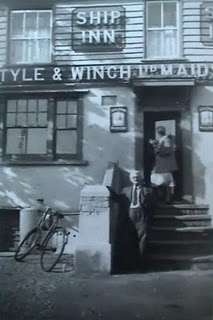 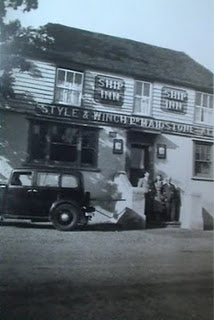 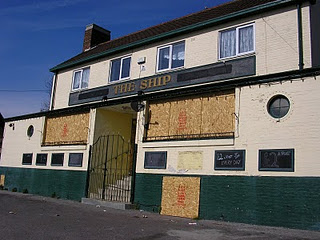 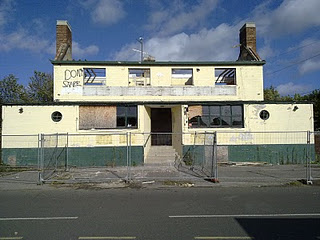 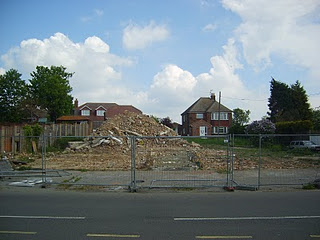 What next I wonder?

Email ThisBlogThis!Share to TwitterShare to FacebookShare to Pinterest
Labels: Hoo Peninsula, Lower Stoke, Medway, Peninsula Family History, The Ship Inn, Watson
Newer Post Home
© Copyright Tony Watson and Village Voices Publishing. All Rights Reserved. All images featured on this website may not be re-produced, or used elsewhere, without prior permission.