Cooling Castle has a very long history, but these photographs show one of the gatehouse towers, with a close-up of a commemorative copper plate on its walls.  The plate reads:  'Knouwyth that heth and schul be / That I am mad in help of the cuntre / In knowyng of whyche thyng / Thys is chartre and wytnessyng'.  This plate was granted following the issue of a licence to crenellate in 1381.  At one point, the castle was the property of the Lollard leader John Oldcastle, who was executed for his beliefs, and later the source for Shakespeare's Falstaff – through his marriage to Joan Oldcastell, the fourth Baroness Cobham. 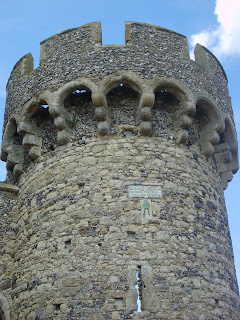 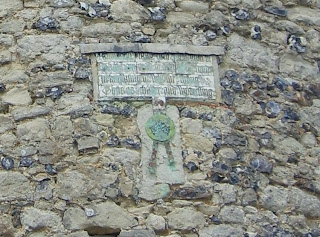 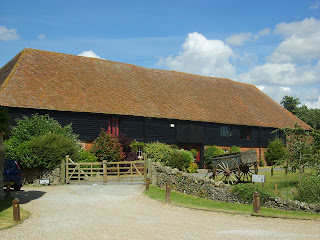