Family Photographs (top down): Henry Spencer, my Great-Great-Grandfather, preparing to do some gardening and larking about with one of his grand-children. The other photographs show family members in the grounds of Clematis Cottage. Henry died in 1934, so these photographs are quite old. Apparently, Henry instigated the building of Clematis Cottage, between 1901 and 1911, but I don't know the exact date. I believe the date might be on the front of the building! It was built by a local team of builders, including Henry's son-in-law, Herbert Watson (a master bricklayer), who was my Great-Grandfather! For most of Henry's life, he worked as a Cement Labourer, but he also ran The Ship Inn (in Lower Stoke) between 1889 and 1901. Henry's wife, Emma Ann Smith (originally from Cliffe), died in 1922 and they are both buried at the Church of St. Peter & St. Paul in Upper Stoke. 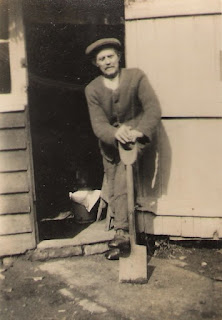 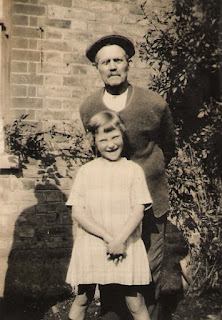 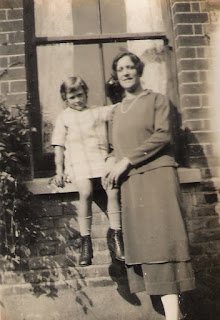 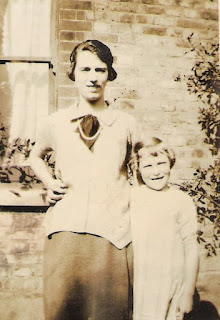 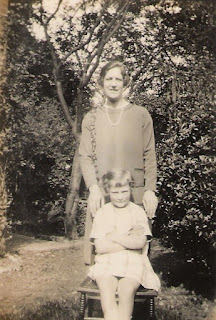 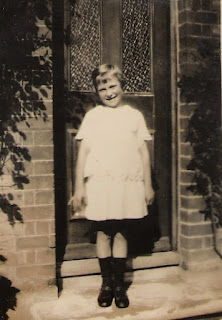 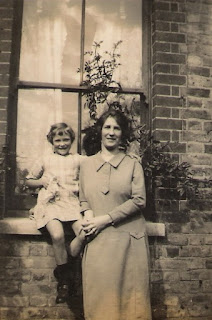 Below: Clematis Cottage, as it is today, and Henry & Emma Spencer's grave. 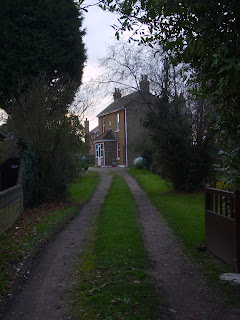 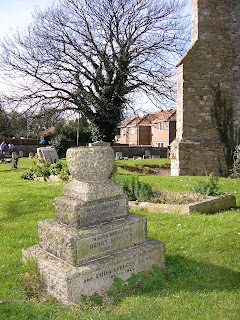