Too pew to mention!

Here's St. James' Church on the Isle of Grain. The building dates back to the 12th century.

The photographs below give us a snapshot of its interior over a hundred year period. They were taken in the 1920s, 1954, 1975 and one from more recent times (they appear in this order). 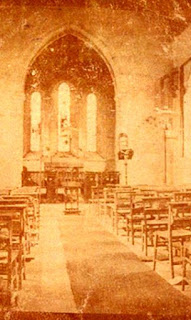 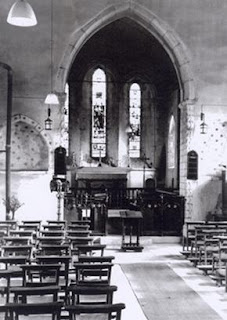 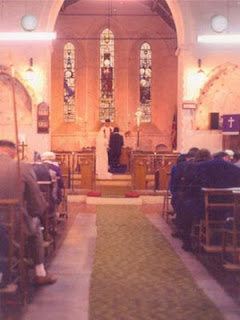 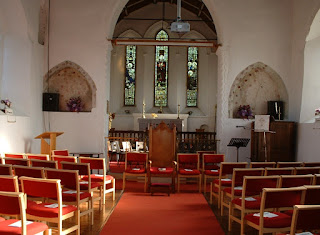 The interior seems largely unchanged. There is a noticeable absence of pews, but I’m not entirely sure that any ever existed – certainly, it’s beyond the living memory of those who currently use the church. Perhaps the lack of evidence has something to do with the re-building and restoration projects of 1815 and 1904/5?

However, pews were, until a few years ago, in the chancel for the choir. They were removed though due to damage caused by woodworm.

Also, note the lack of pulpit in the 1920s photo, compared with later photos!

Take a look at a previous post I produced about the exterior of the building, by clicking here.
Posted by Tony Watson on Thursday, February 28, 2013