I’ve mentioned my family history research a few times on this site, and this time last year I wrote about two recently identified relatives who both lived on the Hoo Peninsula and died in the Great War.

Over the last year I’ve been researching their lives and thinking about the sacrifice they made on behalf of their country, and how interesting it would be to visit their final resting places in France. So, earlier this week, I went off to Arras in northern France for a couple of days.

I headed for Queen’s Cemetery, just outside the small village of Bucquoy, south west of Arras. This is where William Watson, who was my great grandfather’s nephew, is buried. William was born in Lower Stoke and was just 21 when he was killed on 17 February 1917, serving with the Royal Marine Light Infantry. This was during the ‘Battle of Miraumont’, one of the many long forgotten battles fought over a few hundred yards of muddy farmland, in a war which led to the deaths of such unimaginable numbers of young men. 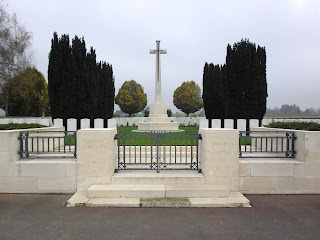 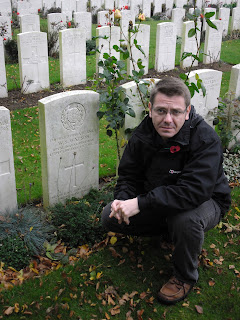 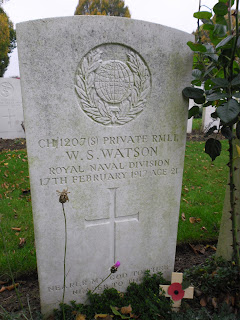 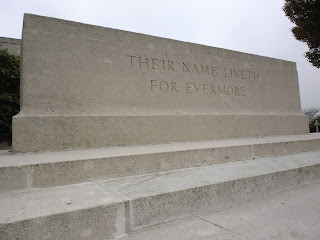 ﻿
William’s grave is marked by one of the tens of thousands of smart headstones caringly maintained by the Commonwealth War Graves Commission. His cousin Harry Stratford’s name doesn’t appear on its own headstone anywhere. He was 24 when he was killed, and his name is listed on the Arras Memorial, together with those of 35,941 other servicemen of the British Empire who have no known grave. The names are listed by regiment, in Harry’s case the Queen’s Own (Royal West Kent Regiment), rather than rank. In the sacrifice of death, all ranks are equal. 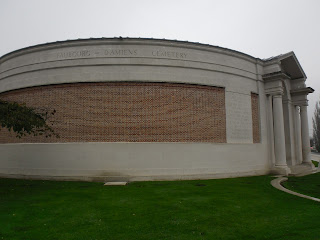 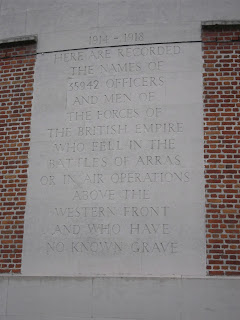 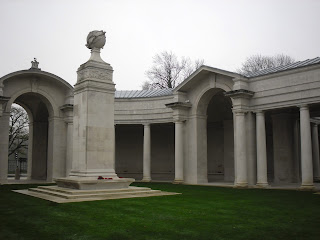 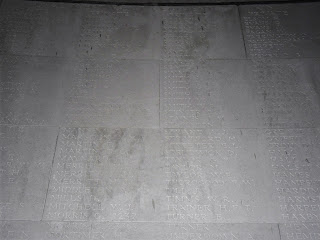 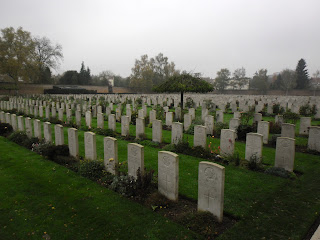 A plaque outside the Arras Memorial informs visitors rather coldly about 159,000 commonwealth soldiers dying there in just 39 days during the spring of 1917. But when seeing so many names, carved neatly in stone, it really makes you appreciate the huge loss of life that took place during the 1914-18 war. As do the 54,896 names listed on the Menin Gate in Ypres and the 73,367 listed on the huge memorial at Thiepval, a few miles south of Bucquoy. 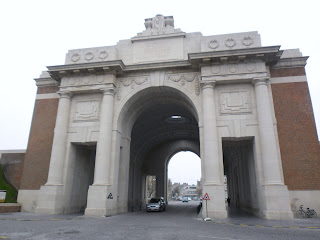 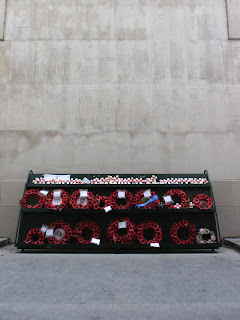 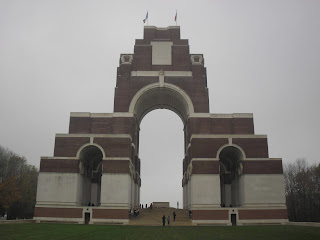 Thiepval Memorial
These memorials, and the hundreds of lovingly maintained graveyards dotted around northern France and Flanders, mean that the sacrifice of so many will never be forgotten.
Posted by Tony Watson on Friday, November 11, 2011