Whilst researching my family history, on the Hoo Peninsula, I have identified many interesting characters. One such individual was Ernest John Ayers. He was born in Stoke in 1875. His parents were Thomas and Elizabeth Ayers. Ernest's father was a farmer and the family lived at Vine House in Middle Stoke. They also owned neighbouring Vine Cottage. In 1899, Ernest married May Gertrude Spencer, my Great-Grandmother’s sister.

Below: A re-construction of the advertisement from Stoke Parish Magazine (May 1897). 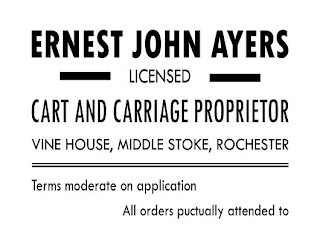 Below: A re-construction of the advertisement from Stoke Parish Magazine (December 1899). 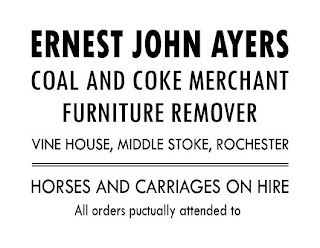 In 1907, Ernest (then aged 32) emigrated to the United States of America with his wife and young children - Ruby (born in 1902) and Edith (born in 1903). They settled in the township of Enfield, Grafton, New Hampshire. Ernest worked as a salesman in a local department store. Later in life, he became a janitor. However, in 1918 Ernest had enlisted in the US Army.
Referring back to December 1899 and Stoke Parish Magazine, other advertisements were placed by members of the Ayers family. These included Herbert L. Ayers and George E. Ayers - siblings of Ernest John Ayers. These advertisements have been re-created (below). 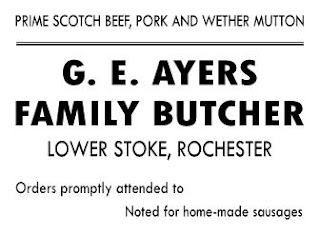 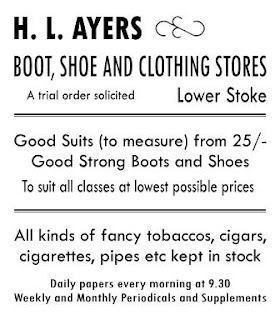