A message from the RSPB

I've been sent a brief update from the RSPB about their activities locally, supplied by their representative Rolf Williams (pictured below). 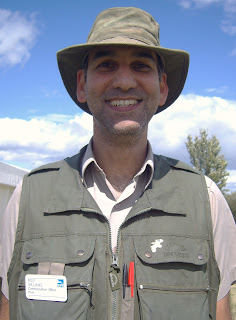 'Beefing up our birds'

It is a testament to the reserve teams’ expertise and skillful water management that 2011 has been a good year for breeding birds on the marshes. The unusual weather patterns in 2011, with a spring drought followed by early summer deluges, may be a portent of things to come since this matches leading climate models of our future. The RSPB’s North Kent reserves feel like wild places at the mercy of the weather but half of them are working farms, coastal grazing marshes that we manage in the interests of nature. They produce hay (for horses), wool, lamb, and beef, but, in a complex relationship between water, vegetation, and grazing, the right habitat is also created for internationally important wintering and breeding birds.

Through the hard graft of reserve staff, volunteers and contract graziers, and despite the unseasonal weather, the birds have done all right this year. We managed to utilize what water we had in such a way that breeding bird figures are as good, if not better, than normal years for precipitation. Numbers of breeding lapwing at Shorne Marshes, Cliffe Pools and Elmley Marshes were excellent, totaling 132. Redshank traditionally fluctuate in their breeding numbers but 180 pairs at Elmley Marshes broke a six-year record. The herons at Northward Hill are showing recovery after two particularly harsh winters - 96 pairs, and 45 nightingales filled the air with their song on the Hoo Peninsula reserves. Now we look forward to the winter spectacle as thousands of birds fly in to the Thames, Medway, and Swale Estuary… and why not join them for a wild day out? 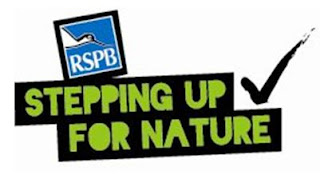 If you'd like to find out more about the RSPB, take a look at their Northward Hill website by clicking here - where you'll find links to other RSPB sites in North Kent, including Cliffe Pools. You can get in touch with Rolf by clicking here.

Thanks for the update Rolf!