The Big Screen comes to Hoo!

Following the success of the Christmas Fayre and recent Royal Wedding Party, the Hoo Village Events Committee is turning to the silver screen for an exciting new project.

An outdoor film festival is being planned for later in the year - to be held in the village square. 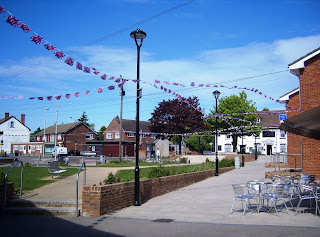 Organiser Maureen Tong-Ralphs (Hoo Village Events Committee) says the aim is to capture the history of the village and surrounding area by getting local residents to talk on camera about their memories of the village, and she’s sure there’ll be many funny and interesting tales which deserve recording for posterity. But the film festival won’t just showcase the past - there’ll be plenty of filming about life in Hoo now and the many exciting things going on locally.

If you have a story to tell, old film footage or photographs that you’d like to share, or if you’re planning an event which could be captured on film - get in touch with Maureen Tong-Ralphs on 07905 178644.